In vitro fertilization treatment in Turkey

Our hospitals serve all modern treatment methods on in vitro fertilization.

Reasons for infertility
It is assumed that 15 % of world population is infertile. The case when no baby is expected despite unprotected sexual relationship is defined as infertility and millions of couples are spiritually or financially affected by it. While doctors in our hospitals are working to remove this problem, we help you get rid of your worries and indecision abroad. Our experience and professionalism in that area reflects the quality of our treatments. The team believes in the importance of long term and sincere relationships and communications with patients in order to change fears into hopes and happiness. This relationship begins with a pre-interview and ends with IVF treatment. You will be completely ready for your trip to Turkey via phone calls and e-mails or meetings. Then, you will be in good hands thanks to a very experienced team in Turkey and you will be able to contact us 7/24 here, as well.
Once you return, we keep on accompanying you and monitoring you via your gynaecologist.

Infertility has become widespread in modern societies. It is detected that there has been a decrease on the number of sperms of a male due to toxic materials in the environment and their influence on development. For women, infertility is estimated to be resulted from that pregnancy is considered at a later age due to education and career. Average menopausal age for women is between 48 and 52; yet, we see that women lose their fertility years before the menopausal period as the ovulation function decreases nowadays. 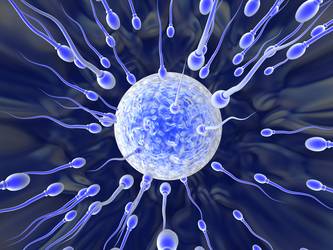 IVF
IVF/ICSI method imitates natural processes. Ladies are injected a hormone increasing number of ovules and ovules are monitored via ultrasound. When they grow up to 18 mm or 20mm, ovules are scanned via an HCG injection in order to complete maturation process, which takes place within 36 hours.
In the meantime, patients are taken to the operation room and ovules are taken by means of an ultrasound controlled follicular entrance and exit way while the patient is tranquilized with anaesthesia.

Simultaneously, sperms are taken from man and sperm cells are evaluated, the healthiest and normal ones are selected to be used in IVF/ICSI procedure.

In a standard IVF procedure, ovules are placed into a special container and here 100.000 sperm cells are injected per ovule. The mixture is placed inside an incubator and next day it is examined in terms of fertilization. Under normal circumstances, ovules supposed to be fertilized 70 or 80 per cent. Ovules continue to be divided and 2 days later than the recovery, they reach stage 4. On the third day, embryos are in the 8th stage of cell and on the same day, 3 of the healthiest embryos are taken and placed inside woman’s womb via a plastic catheter. In our centre, our doctors manage complete embryonic transfers via careful ultrasound monitoring where the womb is clearly seen and embryos are placed 2 cm below the uterine cavity. This spot is to ensure the best possibility for pregnancy. 12 days later, pregnancy tests are done.

As it removes the possibility of not fertilizing the ovule, there is an increasing demand on ICSI procedure. Pregnancy rates increased in our hospital as ICSI method is routinely applied. Contrary to hospitals in Europe, ICSI method has no additional cost here.

Sometimes, there are not enough sperm cells due to a lack of congenital tube between penis and testicle. In that case, sperm cells might be found via a testicle biopsy. This method is called TESE method. And sperm cells attained via this method can be used for ICSI, as well.

Increasing pregnancy rates
In order to boost success, certain methods are applied when necessary. For instance, some embryos have a thick external wall and that actually prevents them from adhering to in utero mucosa. In order to solve this issue, that is to slenderise the external wall, laser beams are used. This is called assisted hatching. In certain cases, ovules are transferred not 3 but 5 days later. 5 days of embryo blastocyst and this method are called blastocyst transfer method.

The reason why there are several unsuccessful IVF/ICSI trials is the chromosomal anomaly of embryo. In these cases PGD (Pre implantation genetic diagnosis) is to recommend. A single cell is taken from a 4 cell embryo via this technique and chromosomes are analysed. Embryos with normal chromosomes are selected and placed into the womb the other day.

In some IVF/ICSI cycles, several embryos are picked and once the best three are used, the remaining ones are frozen for further use.

Embryo freezing method is a highly developed modern technique and thus it provides another pregnancy opportunity to women. As it does not require medicine treatment, it costs less than normal cycle and it does not require anaesthesia. Embryos are frozen and stored in case the couple wants another child or the cycle applied fails.

An overall look to all treatment methods:

Beginning process – you are given hormone tablets. In the meantime, the ovules are monitored via ultrasound and hormone analysis and they are taken without being damaged.

Stimulating the ovule takes about 12 days. That means, you may start taking your pills in your country and on the 10th or 11th day, you can travel to Istanbul.

2. How ovules are taken:
Ovules are taken from vagina under a slight anaesthesia, via a special injection monitored by ultrasound. These ovules are kept at special containers in lab. On the same day, your husband’s sperm cells are also taken.

3. Fertilization and embryonic development:
Ovules are fertilized by the sperm cells at the lab and embryos are expected to develop within 3 or 4 days. Only the healthiest of the developed embryos are selected to place inside mother’s womb.

4. Placing embryos inside the womb:
Selected healthy embryos are placed inside the womb via a special catheter. And they are expected to adhere to the womb in order to have a pregnancy.

5. Pregnancy Care:
After the embryonic transfer, the patient is given progesterone including medicine and weekly hormone tests and ultrasonography tests are done. By using blood levels, pregnancy can be detected on the 12th or the 13th day of embryonic transfer.

Psychological support during your treatment
It is possible that the treatment might not be successful despite advanced technological methods. When it comes to having a child, patients might become emotional. The hospitals we work with offer expert psychologists specially trained for this as they want you to feel good at all times.

Any questions? Please do not hesitate to contact us.